Well done to our team of 16 runners who took on the best in Canterbury/West Coast at Halswell Quarry yesterday. There were over 1200 runners competing yesterday in a fields of 120-180 in the biggest Cross Country event in New Zealand. We had an amazing six runners make the top 10 in their races but all of our team did exceptionally well.

Nicolas Rechkunov (see photo below) was a close 2nd in the Year 5 Boys’ field of 120 and Gwilym Jones was second in a field of 180 Year 7 Boys. Abby Graham and Silas Jones were close 4ths in fields of 180 in the Year 7 Girls’ and Year 8 Boys’ and both were coughing and sick the night before! Vadim Pulin was only 8 seconds adrift of Nicolas to take 7th in the Year 5 Boys and Lucy Blockley made her way through the Year 6 Girls’ field of 120 to gain 9th with Ruby Dowall running a super race also to gain 19th.

A big thanks to Emily Smith and Rory Jones for helping with transport and looking after the team.

Most of the team will be keen to participate in the Inter-Regional Cross Country in Timaru on 30 September.

We have a group of five keen cyclists competing in the Canterbury Schools’ Cycling on Wednesday afternoons at Tai Tapu. Parent Rory Jones rides out to Tai Tapu with them (12km) and back after their races.

It is a great learning time for them all. The first week they had a time trial and after that they were all put into different grades for scratch races over 8km or 12km and will also have team races, hill climbs and other different races.

Thanks to Allison Cook and Heidi Wood for the photos below – Sam Cook leading Reid Allison in the Boys G Grade and Tessa Davis in the Girls C Grade.

It was great to have nine students compete in the Canterbury Secondary Schools’ Cross with 300 others on Thursday at Ascot Park at QEII. For the first time ever we had an Under 16 Boys’ team and they took 4th place in the teams’ event – well done boys. Thanks to Paul Davis and Heidi Wood for taking the team.

Year 9 Reid Allison took the top place with a 24th in the Year 9 boys’ race and Toby Meecham was our top U16 Boy in 27th and our fastest time of the day of 13.13 for a tough 3km of san dunes, a little mud and a couple of hurdles.

We do thanks God for the commitment of the students to train and work together to achieve their goals.

1. Y5-8 Winter Sport is CANCELLED but we will still play as per below……

3. The Y5-8 NC Sport students are going to Flips and Tumbles Gym and they will be back at 2.45pm. See list of names below

4. The Year 7/8 Hockey Players are going to the Sydenham Turf on the same bus and returning at the same time – Beckenham Y7/8 A Hockey team will join us there.

7. All other Year 5-8 students in sports will be practising/playing on the Senior and Junior Fields and courts from 1.40pm-3.00pm.

We are very excited to be starting the South Zone Area Winter Sport on Thursday 3 June for the next ten playing weeks. We will be playing local schools, at Hansen Park (Football), Beckenham Park (Hockey) and Sydenham Park Turf (A Grade Year 7/8 Hockey) and Hillview and local schools (Netball). All Year 5/6 rugby will be at the Senior Field at Hillview Christian School and Year 7/8 Rugby will play at South Hagley Park. Miss Owen will be looking after the  Non Competitive sports option who will travel to the Wigram Flips and Tumbles Gym.

Draws – for all the draws for teams (look for South Zone Sport), please click here: DRAWS

Venues – for a map of venues, please click here: south-zone-sports-fields-2021-term-2-3Download

Well done to our Year 5-8 Cross Country team that competed at the South Zone Cross Country yesterday! We had lots of smiles and fun in the sun, although there was a tough course and tough competition! Well done to all of our athletes who made the start and finish lines!

16 of our 48 runners finished in the first six and have qualified for the Canterbury Champs on Wednesday 23 June.

Thanks to Mr Gardner for looking after the team and all of our supporters!

We are excited that Year 9/10 Winter Sport stars on this Wednesday – 19 May.
School finishes at 2.20pm on Wednesdays for this to happen, those not participating go to a study class in C1 with Mrs Becker superviving until 3.10pm.

There is an adult/teacher overseeing each sport – if you have any questions, please contact them or Mr Norton.


Draws – for most draws, please click here: DRAWS or have a look here: SSCDraws  Note that draws only come out weekly  for Basketball (Monday or Tuesday before), Football, Netball, Table Tennis and Badminton (usually Friday week before).Cycling Timetable – see here:

Start and Finish times: Most sports start at 3.15pm (we travel from 2.30pm) and finish about 4.00 – 4.15pm (depending on the sport) but then there are travel times also. Most students have access to a phone to let parents know when they finish and where they are. We have school vans and have hired a weekly bus to transport students but if any parents want to help we would appreciate it too. The bus will probably get back to the gym by 4.45pm. Vans will be earlier.

We had lots of FUN at the Rugby Fun Day today. All of our four teams who played scored some great tries, made some great tackles and honoured God in their actions and words.

The Girls team had lots of fun playing other girls, the Year 4s had a couple of great wins with super second halves and the Year 5/6s and 6s were unbeaten with the Year 6s scoring 120 unanswered points!

Hillview Players of the Tournament were:

A big thanks to al of our vocal supporters! 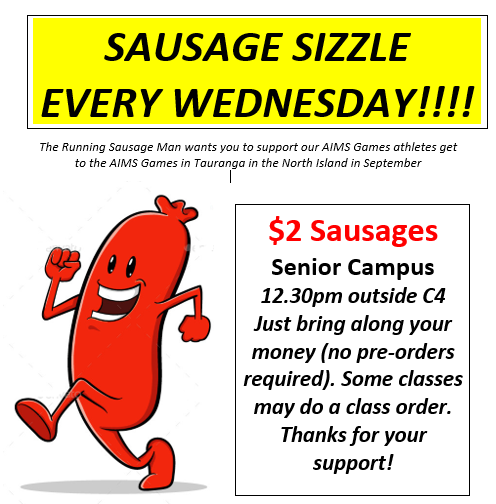 As always we have a busy term of sport, here are some details of what is going on…..

Year 4-6 Rugby Fun Day is this Friday 7 May and our last practice is this Wednesday 5 May The draws can be found by clicking here: http://www.hillview.school.nz/?page_id=855202

Year 5-8 Winter Sport – practices /trials start this week on Thursdays and we start games on Thursday 27 May (Y7/8 Rugby) and all others on Thursday 3 June.

Year 9-10 Weekly Winter Sport starts on Wednesday 19 May – most games are 3.15pm start and usually go to 4pm – we will have a bus leaving school at 2.30pm and returning by 4.30pm – students may have home games. The draws only come out the week before and can be found by clicking here: http://www.hillview.school.nz/?page_id=855202